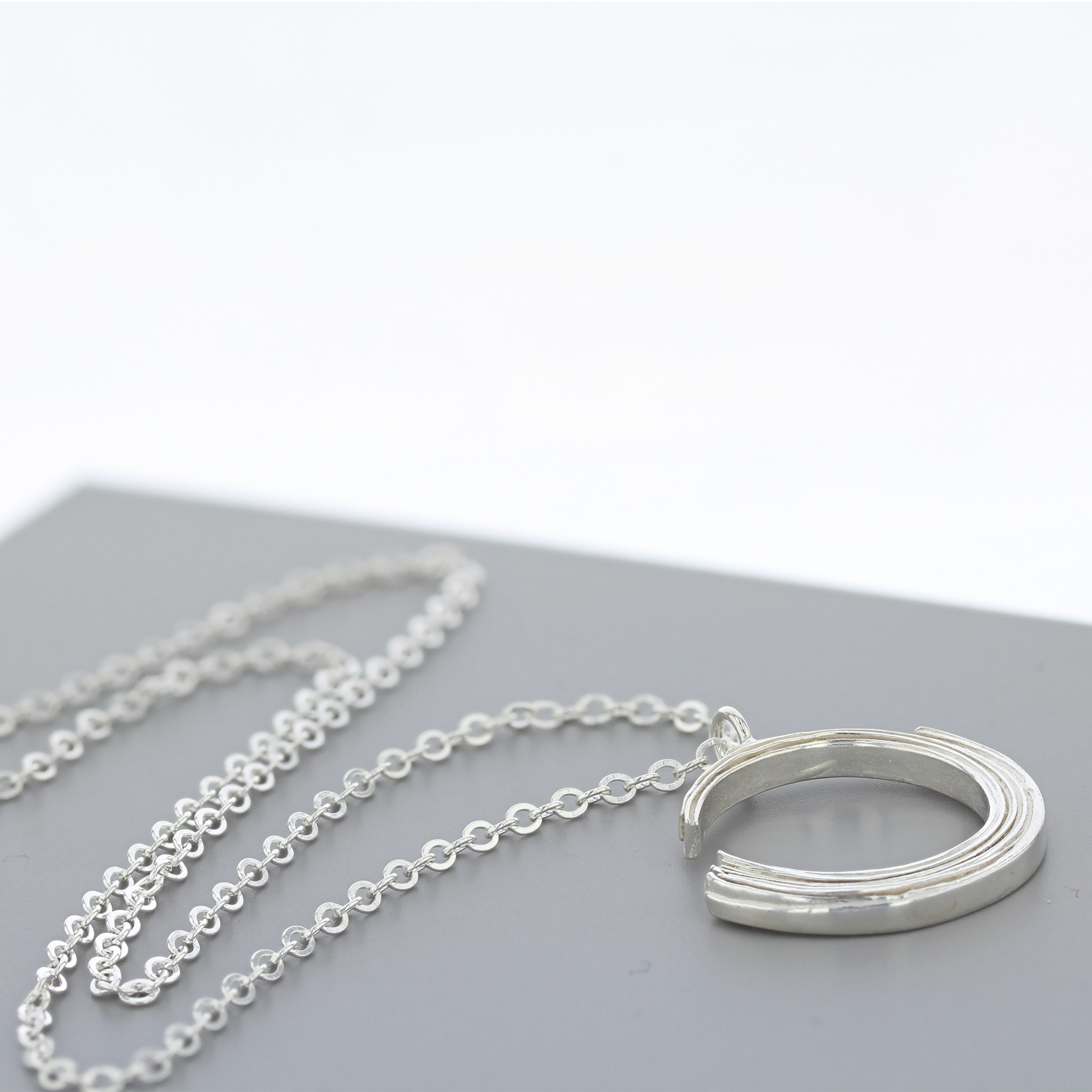 Handcrafted in her Carmarthenshire studio, this striking pendant is from the stunning Crescent Collection, designed by Mari Thomas. The fluid lines and layering within the metal evoke the stroke of an artist's paintbrush as it sweeps across the canvas - the inspiration for this unique collection. 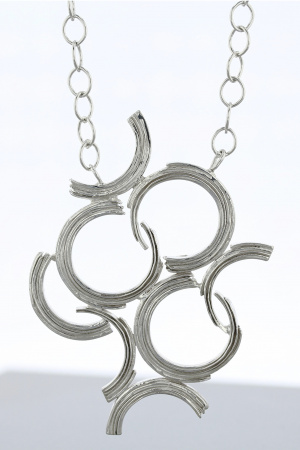 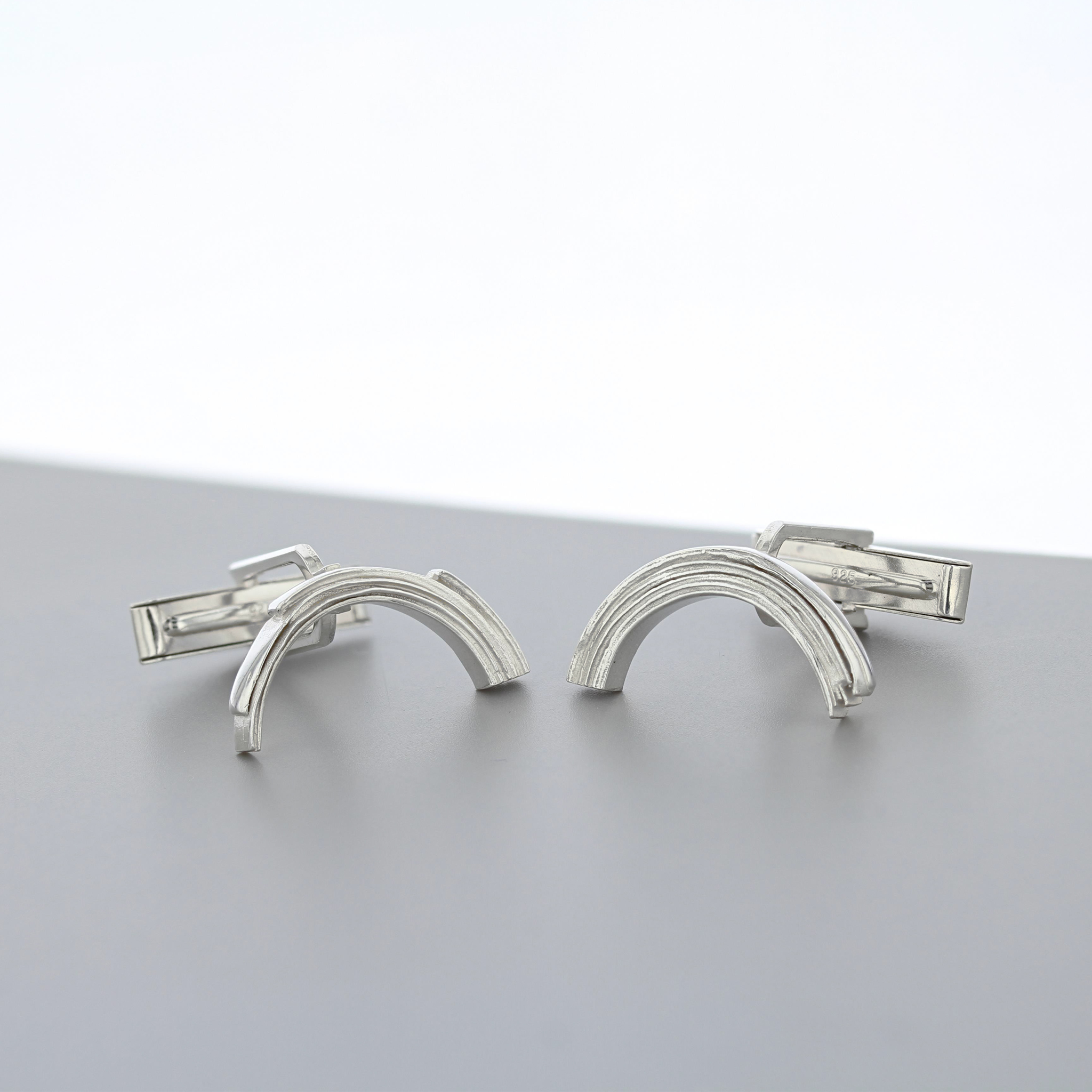 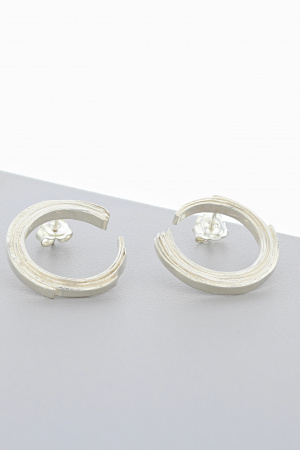 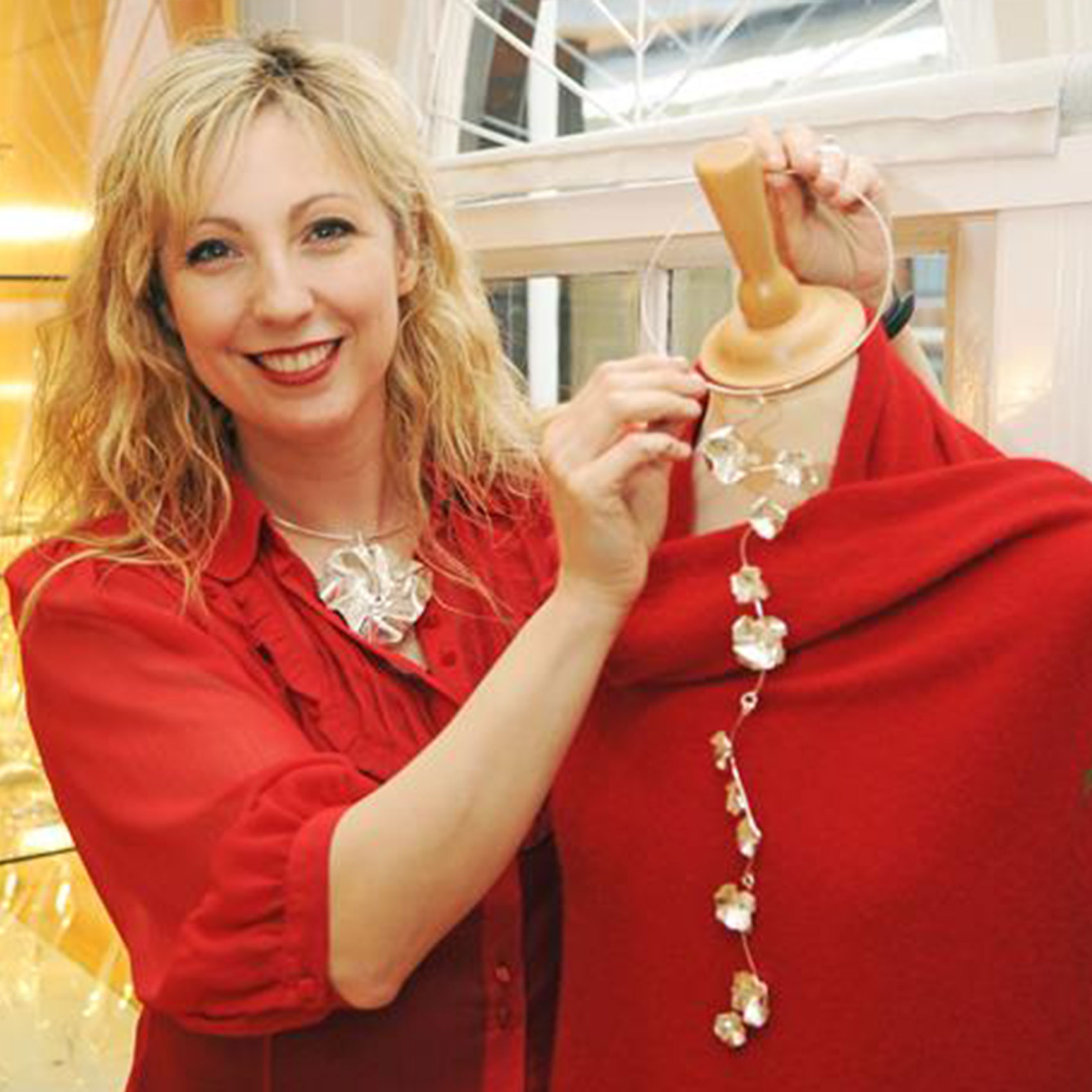 Her distinctive collections, featuring both one of a kind pieces as well as commissioned works, are highly sought after and collectible. Working in all precious metals – gold, silver, platinum and palladium – Mari’s unique and distinctive designs are made with an exceptional attention to detail, with each piece of the highest quality.

In 1998, the Mari Thomas brand was born, and today, she is considered one of Wales’ leading artists. A fellow of Design Nation, Mari is listed in the prestigious ‘’Who’s Who’’ directory of leading UK jewellery designers at the Goldsmiths Company in London, and also received an honorary fellowship from the University of Wales Trinity St. David for her contribution to the arts in Wales. She holds the rare honour of winning the prestigious Gold Medal for Craft and Design and the Craft and Design Award at the National Esisteddfod – the highest accolades in Wales. Mari Thomas has been featured in high profile magazines such as Vogue and Tatler, and has exhibited in solo and joint exhibitions across the world, including the Goldsmiths Fair London, Tokyo, Dubai, New York and Boston.

Currently, Mari Thomas works closely with the Birmingham School of Jewellery from which she graduated, being one of the judges on their Industry Awards, as well as sponsoring design graduates with her own mentorship award. Her many high profile clients and commissions include work for HRH Prince of Wales and HRH Prince William, as well as world renowned entertainers such as Dame Judi Dench, Ioan Gruffudd, Michael Sheen, Sir Bryn Terfel, Sting and Only Men Aloud.

Special commissions include the Urdd Eisteddfod Crown, two National Eisteddfod Crowns and the Prince William Cup as well as pieces for BBC Wales, Welsh Rugby Union and and Arts and Business Cymru. We are honoured to have Mari Thomas as a First of March maker, and look forward to sharing her upcoming collections with you.